The Universal and Local Devotion to Saint Joseph

When Pope Francis decided to dedicate this liturgical year to St. Joseph and write his apostolic letter, Patris Corde, announcing it, he was making his major contribution to the long and storied history of the Church’s devotion to Saint Joseph, Spouse of the Blessed Virgin Mary and foster father of Jesus. The prominent place that Saint Joseph holds in our Church Tradition can be seen in his patronage, his liturgical feasts, the religious communities that have taken his name, his apparitions with the Blessed Mother, the major shrines and basilicas dedicated to him, the Church documents written about him, the prayers said to him, his place in the liturgy, as well as the studies devoted to him. A summary of this rich Tradition follows, below, along with a detailing of our diocese’s relationship with our just and loving spiritual father, Saint Joseph.

The history of Saint Joseph’s patronage began in 1868, when Blessed Jean-Joseph Lataste, OP, wrote a letter to Blessed Pope Pius IX asking him to declare St. Joseph the “Patron of the Universal Church.” Two years later, in 1870, the said pope did just that. Over the years, Saint Joseph has come additionally to be known as the patron saint of fathers, workers, and social justice.

The Solemnity of Saint Joseph (March 19th) traces its history back to 1570, when Pope Pius V dedicated the day to him and inserted the feast into the liturgical calendar by his Apostolic Constitution Quo Primum. In 1955, Venerable Pope Pius XII established the Feast of St. Joseph the Worker, to be celebrated on May 1st.

In the 1879 apparitions of Knock, Ireland, Saint Joseph appeared with the Blessed Virgin Mary, St. John the Apostle, and Jesus, who appeared as the Lamb of God. In the apparitions at Fatima, Portugal, during the last apparition on October 13th, St. Joseph appeared holding the Child Jesus and blessing the world. 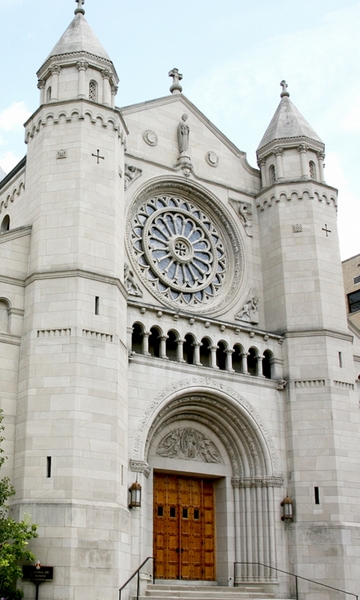 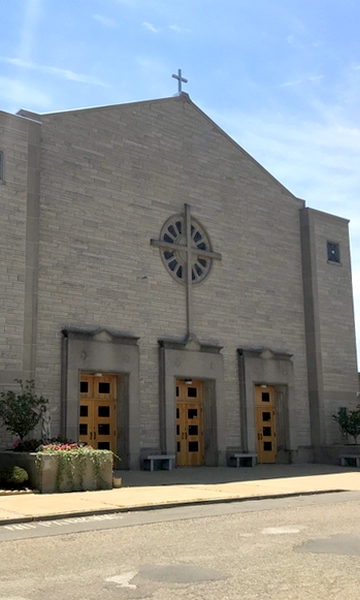 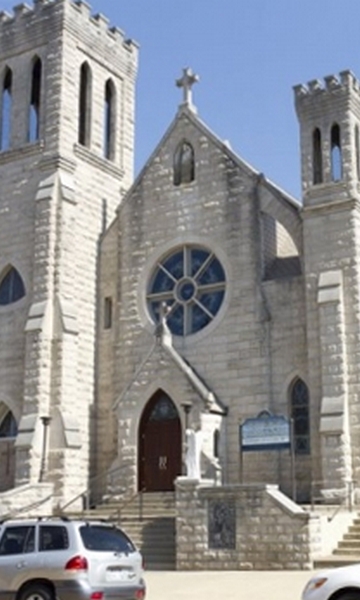 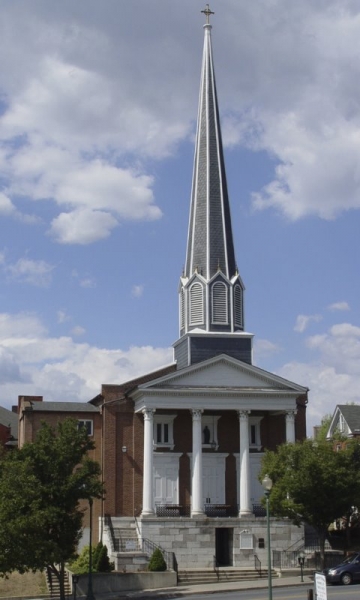 St. Joseph, known as the “German Settlement,” was established in 1845 when a group of German immigrants purchased a cluster of small farms to raise cattle and sheep in southwestern Marshall County. Eight years later the families began to collect funds for a church and school. The community was visited quarterly from Wheeling until 1873, when it was established as an independent parish with Rev. Theodore Vormann as pastor. A simple log structure served as both church and school until a free-standing church was built in 1856. The present white frame church was built in 1888. St. Joseph’s School operated until 1984, staffed first by lay teachers and then by the Pallottine Missionary Sisters. Descendants of the original families continue to worship at St. Joseph today. In May 2018 St. Joseph was reduced to a mission and assigned to St. Vincent de Paul Parish in New Martinsville. 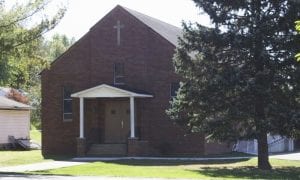 Located in Mason County, St. Joseph was founded in 1856 to serve the Irish and German immigrants that had settled near the town of Mason to work in the salt works and coal mines. Construction of the first church began in 1857 and was dedicated three years later by Bishop Richard V. Whelan. The cemetery had been consecrated the year before. The parish had a resident pastor until the end of the nineteenth century when it became a mission of Sacred Heart, Charleston. In 1948, the church was assigned to the newly founded Sacred Heart Parish in Point Pleasant as its mission. The community built a second church in 1961 that is still in use today. In November 2017 St. Joseph was reduced to a chapel and was assigned to St. Matthew Parish in Ravenswood. 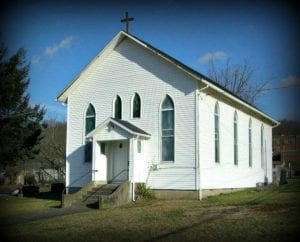 St. Joseph was first founded by workers on the Northwestern Railroad, with the first masses celebrated at the railroad depot in 1859. The first church was built in the 1860s and was attended by Rev. Henry F. Parke of Parkersburg. In 1873 was replaced the present church building and was assigned to Immaculate Conception Parish in Clarksburg. In 1973 the mission was elevated to a parish and was staffed by Rev. Cyprian J. Mercieca, T.O.R., until again reduced to a mission in 1980 with the opening of Christ Our Hope in Harrisville. St. Joseph was reduced to a chapel in 1994, and in November 2017 was assigned to St. John Parish in St. Marys. 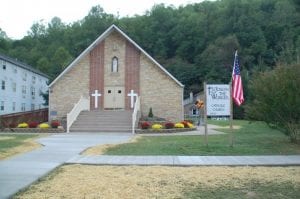 Located in the southern coalfields of Boone Country, St. Joseph the Worker Mission was established in 1958 to serve the Catholic families of the Whitesville area. Rev. Joseph Gilliam, OFM Cap., was Sacred Heart Parish, Charleston, was the first priest to visit the area since the mission at Peytona closed earlier in the century. The small community he organized in the early 1930s worshipped at first in a private home and later in the Valley Funeral Home until the first church was built. The church was constructed largely through the donations of the people from the town, Catholic and non-Catholic alike, and was dedicated in 1960. St. Joseph’s served as a mission of St. Mary, Queen of Heaven Parish, in Madison, until November 2017 when it was reduced to a chapel. 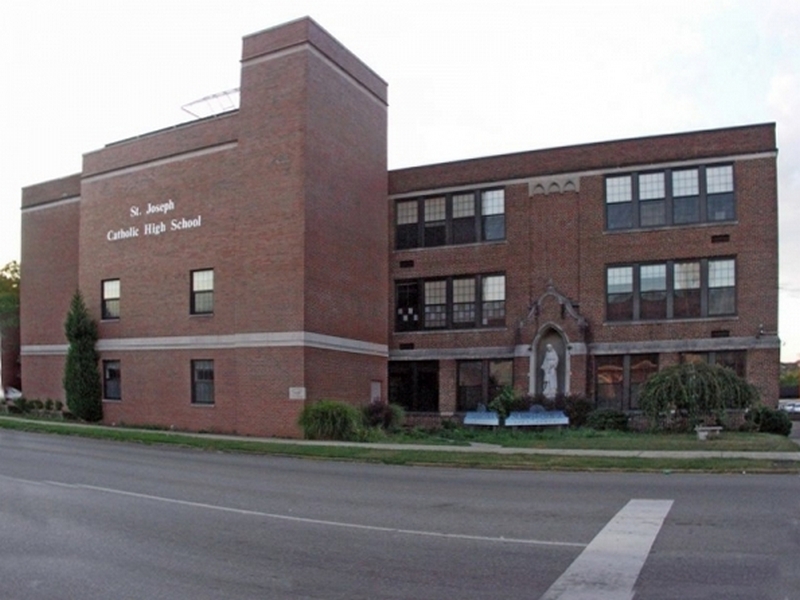 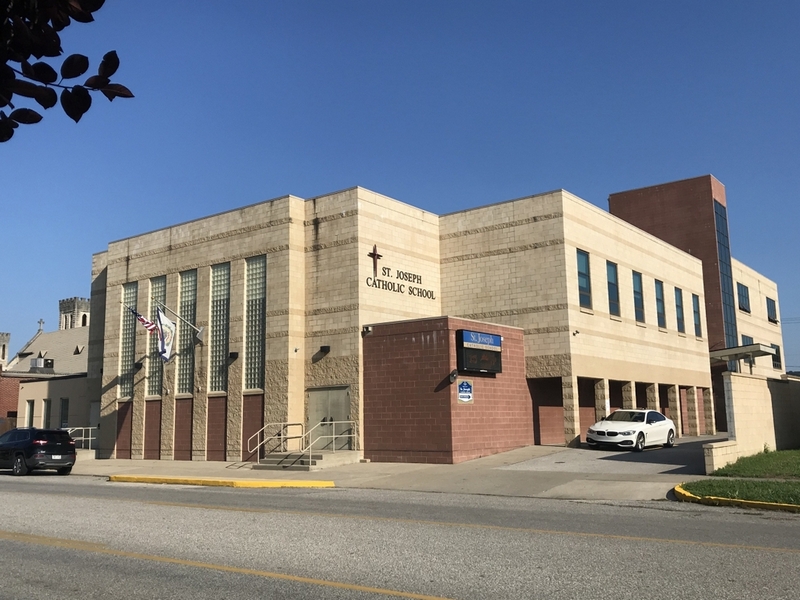 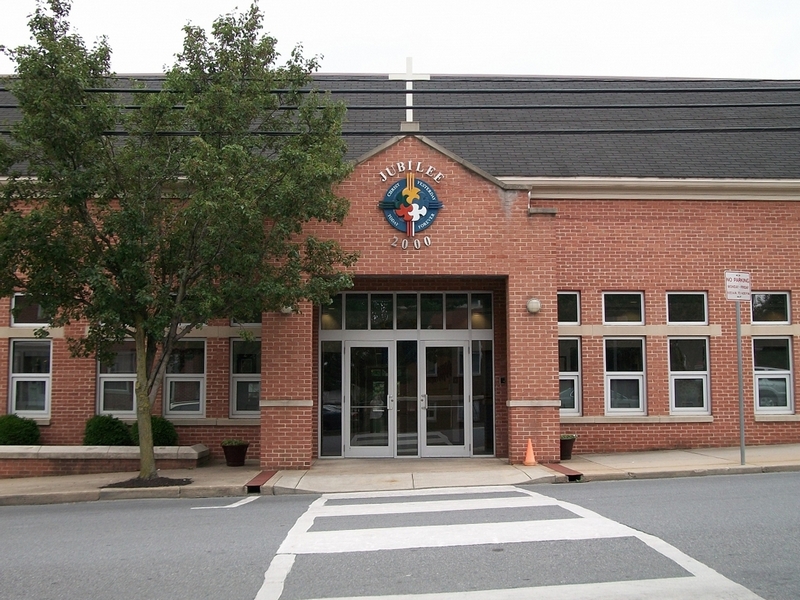 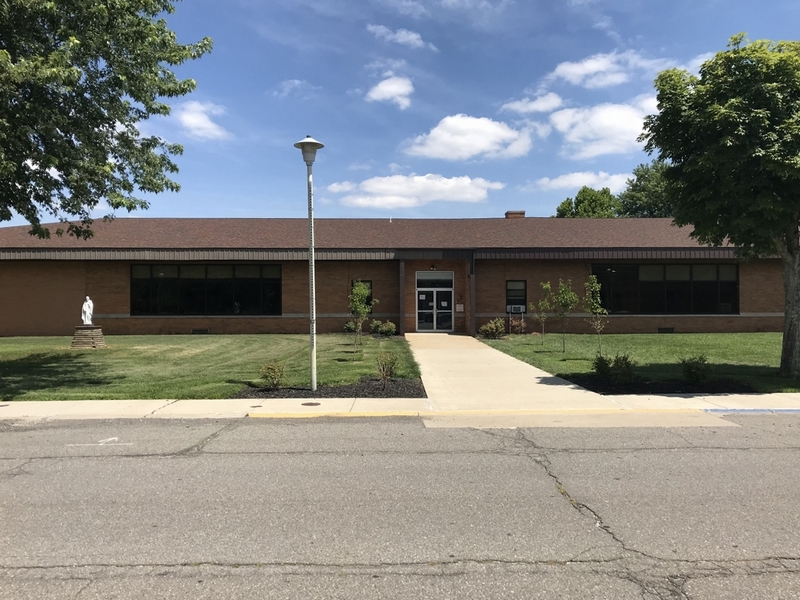 A Brief History of the Sisters of St. Joseph

The Sisters of St. Joseph were founded in France around the year 1650 by a small group of women who were guided spiritually by Jean-Pierre Medaille, a Jesuit priest.  With the blessing of the Bishop of LePuy, six women formed a community to serve the needs of the people of the town by caring for the sick in simple hospitals and serving orphan girls and women.  They became known as “The Little Congregation of the Daughters of St. Joseph”

Their work expanded and new foundations began, however near the end of the 18th century, they were caught in the terrors of the French Revolution and eventually disbanded.  In 1805 Mother St. John Fontbonne refounded the Congregation which again grew and spread throughout France.  In 1836 Bishop Rosatti of St. Louis became aware of the work of these dedicated women and requested help for his diocese.  In response Mother St. John sent six sisters to America. The American foundation flourished and several other Bishops requested assistance.  Bishop Whelan, the first Bishop of the Wheeling Virginia Diocese, asked for sisters to assist in the care of poor immigrants and the sick at the newly established Wheeling Hospital (a building currently serving as a convent for our sisters on 15th Street in Wheeling).  On April 13, 1853 four sisters arrived at the Port of Wheeling having traveled down the Mississippi and up the Ohio to Wheeling.  Over the years the Congregation grew and expanded ministries throughout the state serving in health care, education, social services and parish ministry.

In 2003 as the Congregation celebrated its 150th Anniversary, the possibility of joining with other St. Joseph Congregations across the Midwest began to emerge.  After several years of “meeting the relatives” and planning for the future, seven groups formed a new entity in 2007 – the Congregation of the Sisters of St. Joseph.  This included the Sisters of St. Joseph of Cleveland (OH), LaGrange (IL), Medaille (MN, OH, LA), Nazareth (MI), Tipton (IN), Wheeling (WV), and Wichita (KS, Japan). This was a wonderful moment of renewal and hope for our Congregations.  Our sisters and associates continue to serve throughout these locations. (See map below)

For more information about our Congregation, please visit our website: www.csjoseph.org. 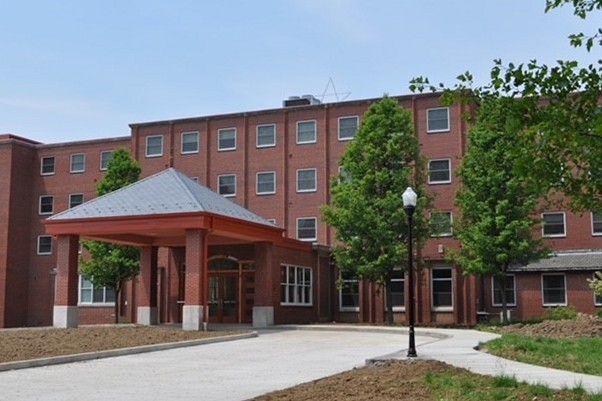 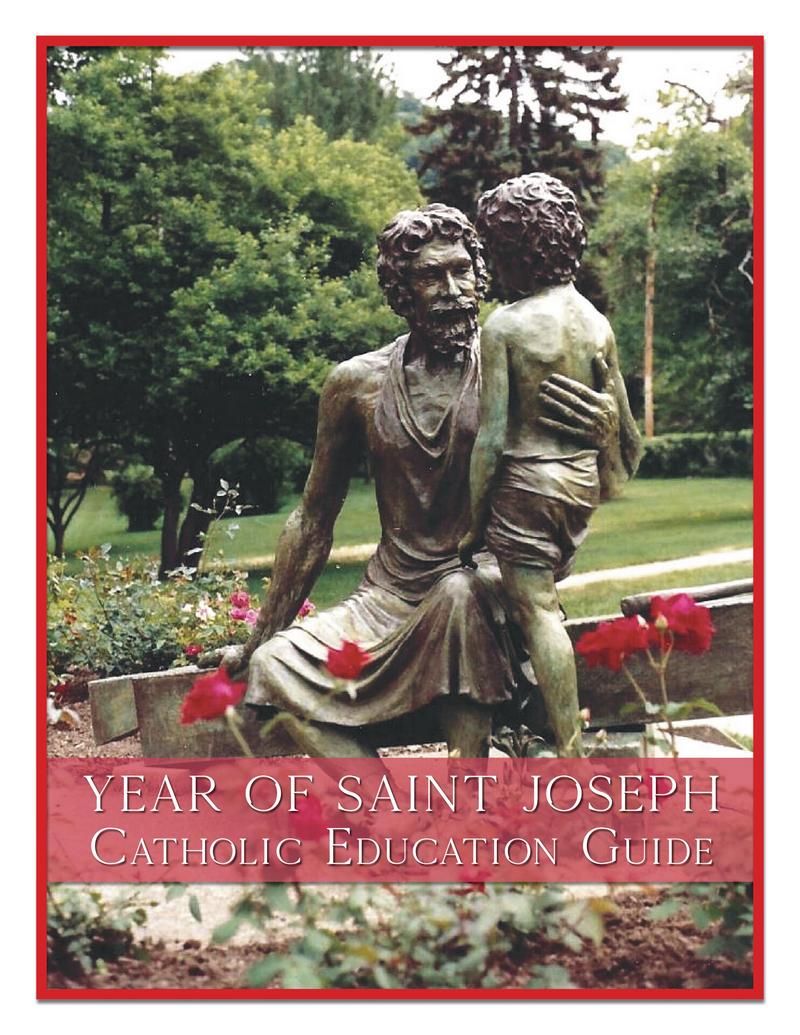 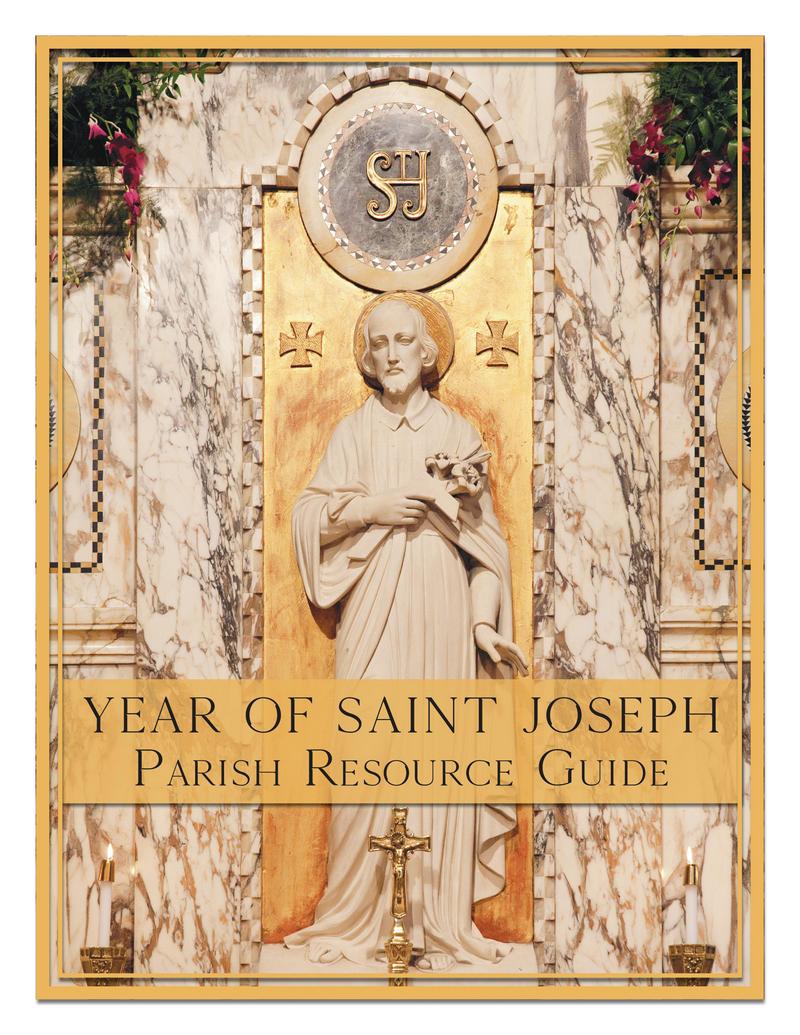